From Oakland to Missouri City, from Nationals to Czech baseball academy. Another step for keeping the WC streak for our colors.

For strengthening our position from an economic and fan base point of view, We moved to Missouri City to attach more support from Czech Texas.

This move is something we plan from the beginning so it's great it turns into reality.

The question which comes to mind after this year of World Classic. After the takeover, We have two goals, make the World Classic and make it to the second rounds. It was a ten-year plan and We did it all just in one.

So what now? Repeat and improve, of course! In the history our results are:

After the first season of this team:
2054 World Classic - 2nd round

So the goal right now is to monitor the drafted players, give a chance to guys who would be jobless, and see if We can show our colors again next season. It will be difficult because a lot of crucial players will be retiring soon but We choose to do this not because it's easy, but because it is hard because that goal will serve to organize and measure the best of our energies and skills, because that challenge is one that we are willing to accept, one we are unwilling to postpone, and one which we intend to win. 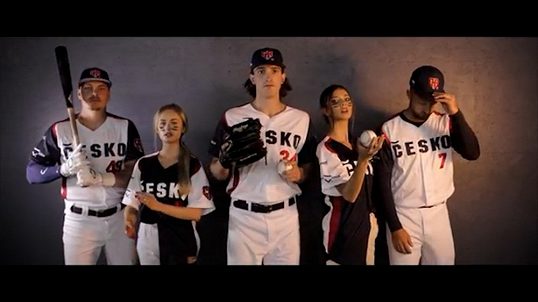 The club was acquired by a Czech consortium that includes groups from Nebraska, Texas, and even from the Czech Republic itself. New colors (blue and red), the new name of the team (Nationals), and also for the stadium (Oakland Center).

At the press conference, new owners -represented by new club president Vlade - presented new goals for the club: "We're here to improve the position of the Czech national team and provide more players to it. Our goal is to see a national team with a full roster next season, in five seasons We want Czech NT to play World classic and in ten seasons make it from the first round." So now We know that this road will be something different. It already started. Just this weekend, the Nationals sign 21 new players, all of Czech nationality.

And this is not the end at all. From the inside sources, We know about the debate to move the club to Texas. Maybe that could have something to do with another change, new manager Sean Robinson who's from Texas.